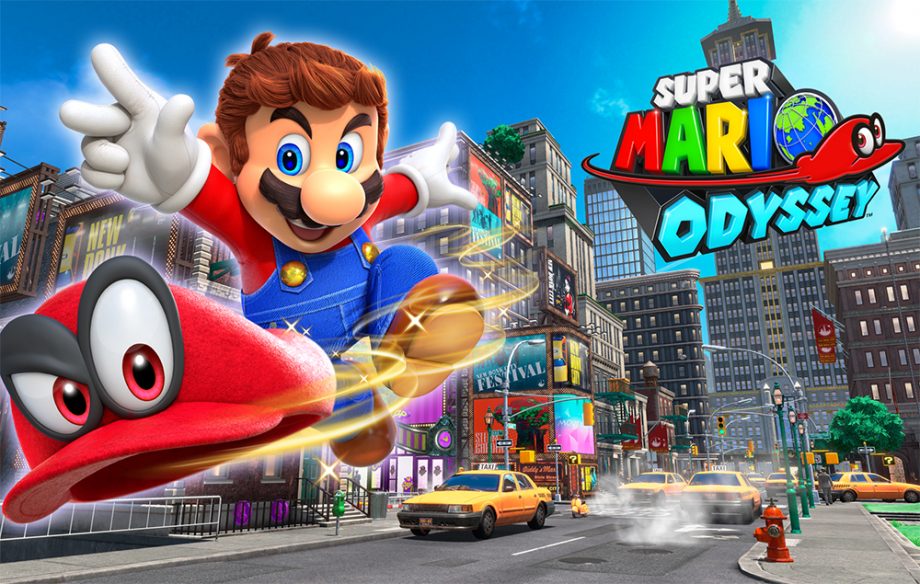 Here are my blog posts related to this outstanding game:

is outstanding! Here are some notable thoughts I had at the end of the game:

The thing I want to talk about it how it’s made for you to go as fast or slow as you want. Everything is built so you can go fast through it! That’s awesome!

Plus all the clever little things like the dog playing fetch. Or how when you make a mistake, it often looks so cool and you can’t blame the game.

The first level is all just optional coins to make you play with the controls and learn it.

You get clapping and a nice sound as a reward for cleaning all the posters.

Boss had extra difficulty by adding coins after you hit him but you had to avoid the hats. Coins are optional

More coins in the second boss made it harder.

9:25 done with boss of second world

It’s so obvious. Make the levels linear like Galaxy, but still have the exploration of Banjo. DUH

Is there no way to see how many moons you have in total?

The first world didn’t make sense why you couldn’t do everything at first, the second world is frozen so all the hidden stuff makes sense!

The boss with a head and two hands was EPIC AS HELL! Great use of the mechanic of taking control of an enemy

This gliding moon is the first one that I can say isn’t done well. There’s no practice first. It’s not instantaneous retry (although it is easy)

Taking the hat away is a brilliant mechanic of loss!

Man the swimming level. Having to worry about air, but then BECOMING A FISH! So cool

The worlds feel so real and I love that.

The bowser boss was so tight. I had 1 heart left! Great boss really because it escalated well. Taught you a new mechanic of using his hat.

Ending up fighting bowser was a good surprise. Dropping into the lost island was an even greater surprise. And they took away the hat. You really felt trapped.

New Donk City is more open than the others and that makes it strange to explore. It’s really not the big and once you explore you realize where everything is.

Some challenges are puzzle based (using the caterpillar to reach the key) some are platforming based. Overall, it’s clear they traded difficulty for coolness. I bet if you look at all the challenges in the games, this has less platformmy than other Marios. Which matches my hypo of using the hat.

Game Idea: If you could choose which musicians show up, that would change the game for you and make yours unique compared to others.

Boss in the ice place the guy who throws his hat again, but it’s more difficult because it’s on ice and he throws 2 at a time.

The bounding race is soooo unique. They thought, a race would be boring. Let’s make it about bouncing! Is it mandatory to complete this? What about players who cant?

I liked the snow world. The only thing that bothers me is that it wasn’t about exploration or choosing your own path. You had to do the 4 missions to continue on the game. This affects speed running.

Lava and water isn’t something that you see combined to often. OMG Lava Pirates! So fucking cool.

I don’t like how this world has the same problem I just listed in the snow world. Have all worlds been like this and I’m just now noticing?

Choosing which flowers to plant could be your own creative choice

I’m still liking this beach world though. Lots of things that I’m like, huh I wonder how to get there. Then realize later, OH I CAN USE THE ANIMAL

The boss was pretty awesome too. Traveling around the whole world chasing the octopus was cool.

The frog jumping one frustrated me in the Cap kingdom

Should death have a bigger punishment?

Spinning athletics end goal is the hardest one in the game yet. No hat. Really had to understand the jump mechanics. Don’t hold y like 2d platformers use y to dive.

The lost kingdom is an awesome beautiful level. The lightning dragon is my kind of boss. So awesome. Too easy though.

Good god the clouds in bowsers castle is like ACID AWESOMENESS

I like the fakeout – that it’s not actually the last world. I almost actually expected that was the end.

Going to the moon is awesome! Has Mario ever done that before?

Mario could’ve rewarded not dying between moons. It’s not that you want death to have punishment. Just a reward for not dying. Here, you sometimes could be okay dying because there’s no drawback at all.

Bowser was a cool final boss. I died 3 times then bought an extra heart thing and didn’t even use it.

The cool part was becoming bowser at the end and running through the collapsing moon. AWESOME! I thought this was genius.

The picture game where you have to recreate Mario’s face is horrible.

The racing tests are cool because they show you how to play better. I would’ve like to see this earlier in the game