Who finds Zelda Skyward Sword more enjoyable than Breath of the Wild? 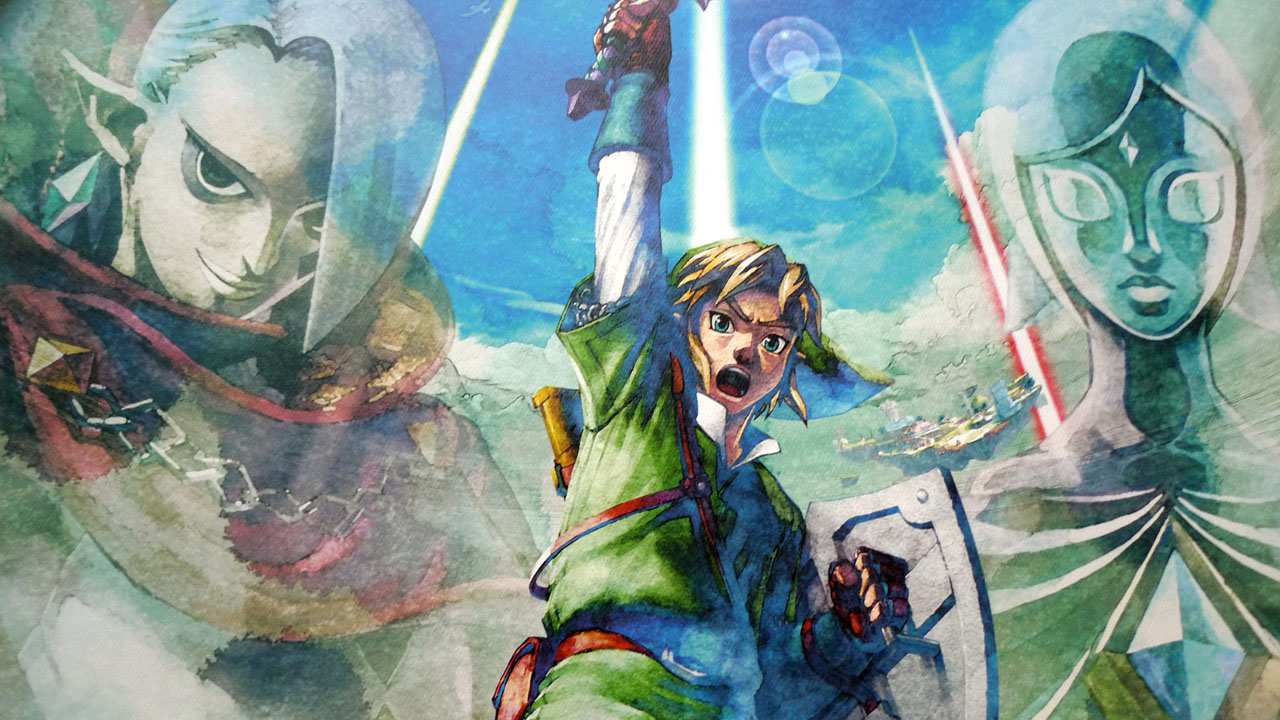 In the end, games are subjective experiences and every player is different. Game designers can try to guide people towards the experience they want, but they don’t have complete control. All they can do is try to keep players in flow for as long as possible. Breath of the Wild seems to be designed to keep as many people in flow as possible. Skyward Sword is more focused on the types of experiences it offers. It mainly tries to keep flow for players who like the experience it offers.

In BotW, players are likely to stay in flow because when players get bored of one type of experience, they can try out a different experience. If they get bored of attacking enemies head-on, they can use the environment more cleverly. If they don’t want to equip an armor that is resistant to cold while exploring an icy mountain, they can eat food instead. If they get bored of following the path towards a quest, they can find a shrine to do along their path. Having different types of side content the players find along their path break up lengthy sections of traveling and keep each experience fresh. The several types of different goals players find along the way along with the various methods of achieving each type of goal in the game allow for players to choose how they want to play and avoid play-styles they don’t like. This keeps the player in flow because they only do things they want to do. If you want to know more about how BotW keeps players in flow, visit my post about it.

Skyward Sword is a more linear game that doesn’t let the player choose what they want to do at any given moment. Puzzles are solved in one way. Enemies are made to only be killed one or two ways (usually through exactly performing the correct motion controls). Paths through the environment are very linear. Due to this linearity, people who like the experiences the game offers will be in flow, but players who don’t will be bored and potentially annoyed that they can’t do something else.

Skyward Sword still has optional content that rewards exploration, it’s just is not the focus of the game. The focus of the game is to get through the story. Small side content can be found along the main path or by making the player go a little out of their way. For larger side quests, you have to go out of the way out of your way (often back to Skyloft in order to trigger it). This means that if people are getting bored with one experience, it’s hard for them to go into a completely different experience, alienating players that don’t like Skyward Sword’s particular brand of experiences.

I want to talk about a personal, subjective experience I had. When playing Skyward Sword for the first time, I found the sidequests in Skyloft to be very entertaining because it was about learning about people in the city. This caused Skyward Sword to be one of the only games where I decided to do all the side content in my first playthrough. In BotW, I felt overwhelmed by the number of optional content and I realized I only enjoyed about 25-50% of the shrines I had completed. Since I realized it would take way too much time to do everything, I just resolved to do as much as I felt like doing and move on when I was done with the story. That being said, going back to Skyward Sword for a second playthrough left me wanting more. I had already done everything once, so there wasn’t much more to it. While I’ve only played BotW once, I imagine a second playthrough will have much more going for it due to the number of decisions it allows the player to make.

BotW’s world is unbelievably huge. It makes getting from one place to another to be somewhat time-consuming. Whether or not you consider the world to be full of content or barren doesn’t matter. If you focus on one type of experience (combat, puzzles, story, etc), you’ll find the experiences of that type are spread out over vast distances. If you want to do all the puzzles in the game you’ll have to find all the shrines. There may be 120 of them, but there are often huge gaps in between them and some don’t have puzzles inside of them. If you want to see story, there are 4 main story quests and 12 memories scattered across the huge world. If this is the primary experience you want, it will take you a lot of time between them just trying to reach it.

This isn’t a bad thing if you enjoy exploring for the sake of exploring or enjoy several types of experiences the game offers, but for players who are mainly looking for one or two experiences, they will find themselves feeling the game is too large and that it takes too long to have as many experiences that they want. I enjoyed the game immensely, but I would often find myself looking at the clock and saying, “Whoa, that was 2 hours? I feel like I barely did anything!”

Skyward Sword is more focused. If you are looking for Skyward Sword’s particular brand of experiences, you’ll find that the game is very dense in these experiences. Puzzles are not only in dungeons but also in the overworld. This can lead the player that enjoys puzzles to think, “Wow! That was only an hour!? I feel like I did so much!” Players that don’t like Skywards Sword’s specific brand of experiences (or are having various problems with motion controls) are going to feel quite the opposite.

BotW’s rewards for playing the game in-the-moment are more intrinsic rather than extrinsic. Rewards from gameplay tend to be lackluster and sometimes useless. For example, you just fought a difficult battle open in the field and a chest unlocks. You go to the chest just to find that it’s a bow that you already have and can’t even pick up because your inventory is full.

Consider shrine puzzles. Ignoring the fact that a lot of optional chests in shrines sometimes have useless items, the orbs you get at the end of a shrine doesn’t reward you immediately or obviously. Instead of getting pieces of heart that automatically add to your health when you collect 4 of them, you get this orb that you later have to trade in for heart’s or stamina. While this makes a lot of sense in BotW’s design, this slightly disconnects the reward from the shrine requiring players to intrinsically enjoy shrines to be in flow.

Players who rely on the extrinsic rewards from conquering goals will be disappointed and probably start to avoid that type of goal in the future. Players that enjoy the intrinsic reward of figuring out how to achieve their goal in the most efficient way, will love it because the game allows you the creativity you need to solve any problem multiple ways.

Skyward Sword tends to reward you with new items throughout the entire game for doing puzzles. Pieces of Heart are more satisfying to collect as a reward than shrine orbs (although the goddess cubes are strange two-part chests). Instead of finding rocks that you have to sell for rupees, you will find the rupees themselves, which has more meaning to the player in the moment, while sacrificing realism slightly.

BotW really wants you to enjoy exploring for the sake of exploring. If a player’s motivation isn’t the intrinsic reward of seeing new parts of the game, they may have problems enjoying it. In particular, the beginning of the game has you wake up with no plot. Your motivation is either listening to this voice that’s telling you to do things or exploring this huge world. It can take the player hours to complete the Great Plateau section of the game before there is any plot background explained. Even after that, it can take more hours to get to the next section of the main story and unlocking memories. Additionally, the goal of the game is saving this girl you’ve never met and destroying something that is more like a natural disaster than a characterized villain. Players who are usually driven by story are going to find at least the first section of the game to be disappointing, and potentially the entire game if they don’t like or can’t find the memories. Personally, I feel Link should’ve been able to (optionally) find a memory or two in the Great Plateau section at the beginning. It would’ve made the story easier to connect to for the player.

Skyward Sword offers you an hour long mostly-story section of the game. This section encourages you to fall in love with Zelda and feel various mysteries about the world that will keep you wondering. Throughout the game, the exposition keeps you on your path towards the goal of finding Zelda because you got a chance to learn about her at the beginning of the game. Players who already know the plot or don’t play for story are going to find the first hour painfully boring with no way to skip scenes or various tutorial sections that baby the player. For the players who want to see the story and are motivated by story, they will get hooked on the game due to how it makes you care about the characters right from the beginning.

Due to how the games are structured, Breath of the Wild is going to captivate more players than Skyward Sword. BotW is designed to have intrinsically fun mechanics and keeps players doing the types of experiences that they like. Skyward Sword delivers a more focused experience and can often alienate players from liking it. However, for players that can enjoy Skyward Swords gameplay enough to stay in flow, the added motivations from the story and extrinsic rewards in gameplay are going to make these players enjoy Skyward Sword more favorably.