Since the previous week had been so successful, I decided that I would step it up a notch and make sure that the 7 I did in the next week would be better than median of that week. My new goal was to have a conversation that lasted longer than just 2 exchanges back and forth.

June 17 – #10-11 Robot Roundabout
In the Seattle Armory, I stumbled into Robot Roundabout. I saw a group of spectators gathered around a cage. As I got closer I notice that there were robots battling to the death inside! Sparks were flying as they slammed into each other. I noticed one of the two robots in the match had begun smoking. It wasn’t long before it burst into flames causing a gasp from the audience as the judge opened the cage to extinguish the fire. After the match, people started dispersing, but I waited around for the next one. I noticed a man walk up near me. I asked if he saw the robot catch on fire, but unfortunately, he had missed it! I told him what happened and it made him excited. He said that his friend was a robot pilot in the competition today (his robot was called Ninja Warrior complete with a titanium spinning blade). A bit later, I even invited a couple into our conversation, too.
This one doesn’t count because I only said one thing, but it was still a success. While waiting for my coffee, I saw two workers mentioning how they’d been hearing the crowd around the robots roar all day. I told them that I saw one robot catch on fire. They were surprised and understood why people were so excited.
I continued watching the matches the rest of the day while writing blog posts. After the matches ended for the day, I noticed there was a girl handing going around talking to people with little business cards. I decided to go up to her and ask her if I could have one. I asked her if she had fun and she told me it was a lot of fun. She was a judge while also keeping the technicians’ children occupied. She told me that tonight they were all going to a special dinner and would be back tomorrow for more robot fun!

June 18 – #12-13 Using Curiosity to Guide Me
Knowing that I must engage in 5 conversations today to meet my goal for the week, I asked myself the question, “What situations can I put myself in to be successful?” I started by realizing I needed to get out of the house ASAP. I knew turning on my computer may cause me to fall into old patterns of procrastination – something I couldn’t afford today. So after my morning workout and shower, I just left my apartment without thinking too much about it.
I’m not going to lie. I was still having some trouble talking to people. I felt like I had no reason to go up and talk to someone I didn’t know. I thought about my previous successes to find commonalities that I could apply now to lead me to success. One thing I realized was that my natural curiosity will give me enough purpose to engage people in sustainable conversations. I’ve been trying to spark curiosity within myself lately. I know I love seeing curiosity in other people more than any other emotion. I remember the natural curiosity of being a child and strive to bring that back. Today I realized that I can utilize this desire in order to spark conversations with others.
I started thinking of things that I was curious about and I noticed that several people were wearing lanyards with floppy discs attached. I wanted to know what it was. I went around looking for someone to ask about it.
Eventually, I decided to talk to a man with a floppy disc who was sitting just finishing his meal. I walked up to him and asked him what the floppy disc was for. He told me it was for the Seattle Retro Gaming Expo. I thought that sounded cool. He told me that he was working there and just on a lunch break and didn’t know how much it cost.
Walking towards where the expo was, I saw another guy standing outside of it. There was a small orchestra playing video game music. I stood next to him and asked him if he went inside. He said he did for a minute, but is waiting on his friend. He described the artists and games that were inside. I was thinking about going in and purchasing a ticket. It took me a bit to decide, but I realized that it was the perfect opportunity to find more people to talk to. Plus, it’s something I’m naturally interested in. Once I knew that indie game developers were there, I realized that I must go in because I can learn what it’s like to be there, since I can be there as a developer next year. 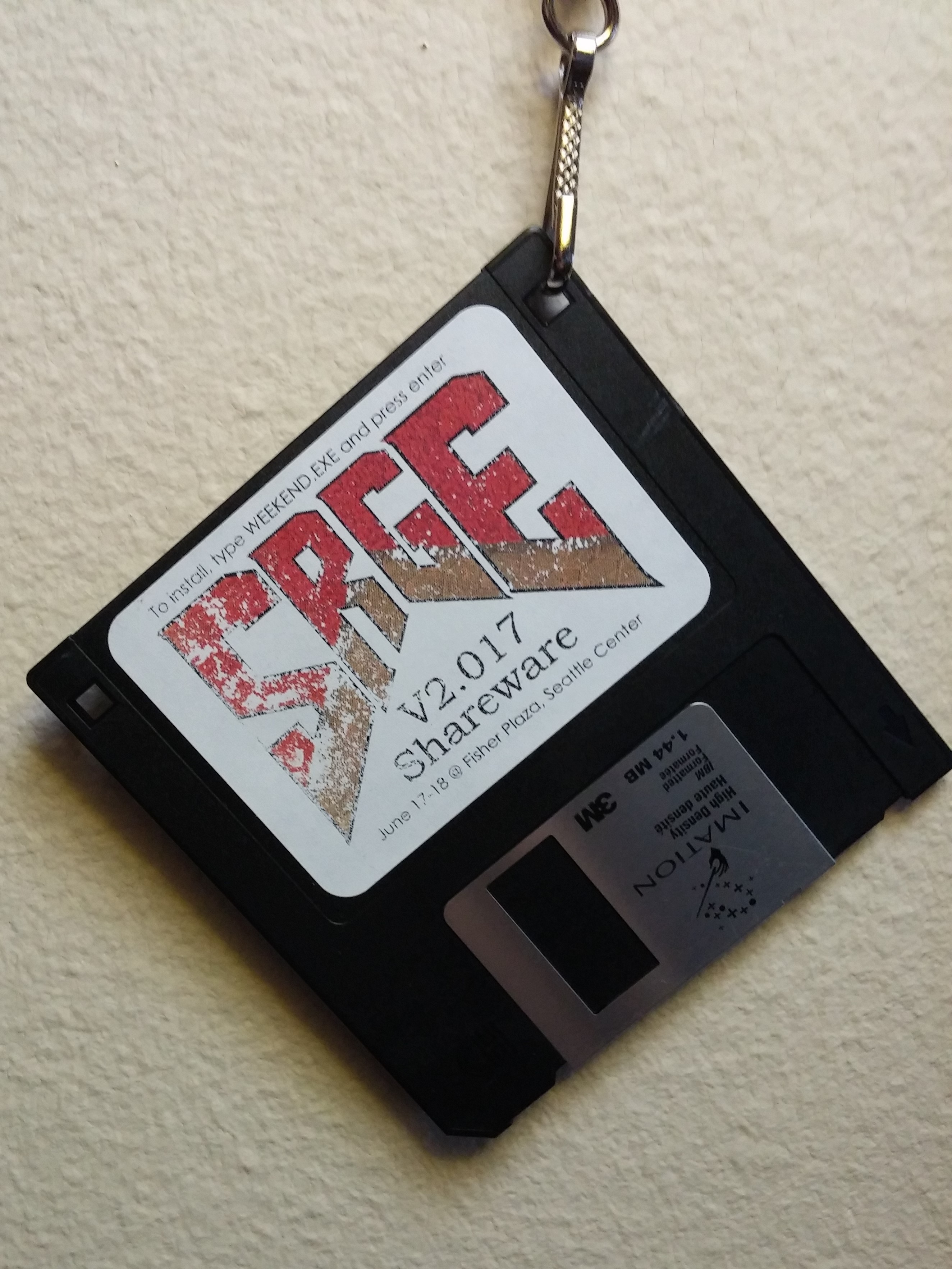 When I walked in, I walked towards the artists’ section and talked to a woman at a booth who made a bunch of necklaces with her friends. We didn’t talk long before a girl interrupted with one of those fidget spinners, but I was able to complement her work and hear a little bit about her.
I started playing a game called Cascade Quest. It’s an adventure game with retro graphics. I was very confused at first but after understanding what was going on I saw that it was probably going to be pretty interesting. I talked to the developer, Phil, for a bit. He was inspired by the adventure games of the past and really wanted to make his own. He still has another year of development planned, but the first public build of the game looks promising for any adventure game fans.
Next, I talked to a woman who helped develop Tiny Bubbles. It looked like a very interesting puzzle game for multiple platforms. She said her husband did most of the development of it, but she did some user experience work. She convinced me to play after a woman got done. I started playing the first few levels and found it very intuitive. There are really some great game design choices (my favorite being the branching structure of the level select screen to allow players to have more choice in the challenge they face).
Once I played 10 or so levels, I got up and talked Stu, the developer. We talked for a while about how he made the game and some of the decisions that went into it. I asked him how he got to be a part of this expo because I was curious and it will help me to be here next year.

June 18 Part 3 – #18-19 Return to SRGE!
At this point, I had already achieved my goal for the week plus one extra! I went home for a minute to drop off some things I picked up and then came right back. I noticed a Final Fantasy VI Terra plush I wanted to buy. After I bought it, I kept talking with the booth owner, James. It turns out that he is an artist himself. Some of his art is pretty cool! He even let me spin the Dragon Quest machine for free and I won a little dragon. He’s awesome! 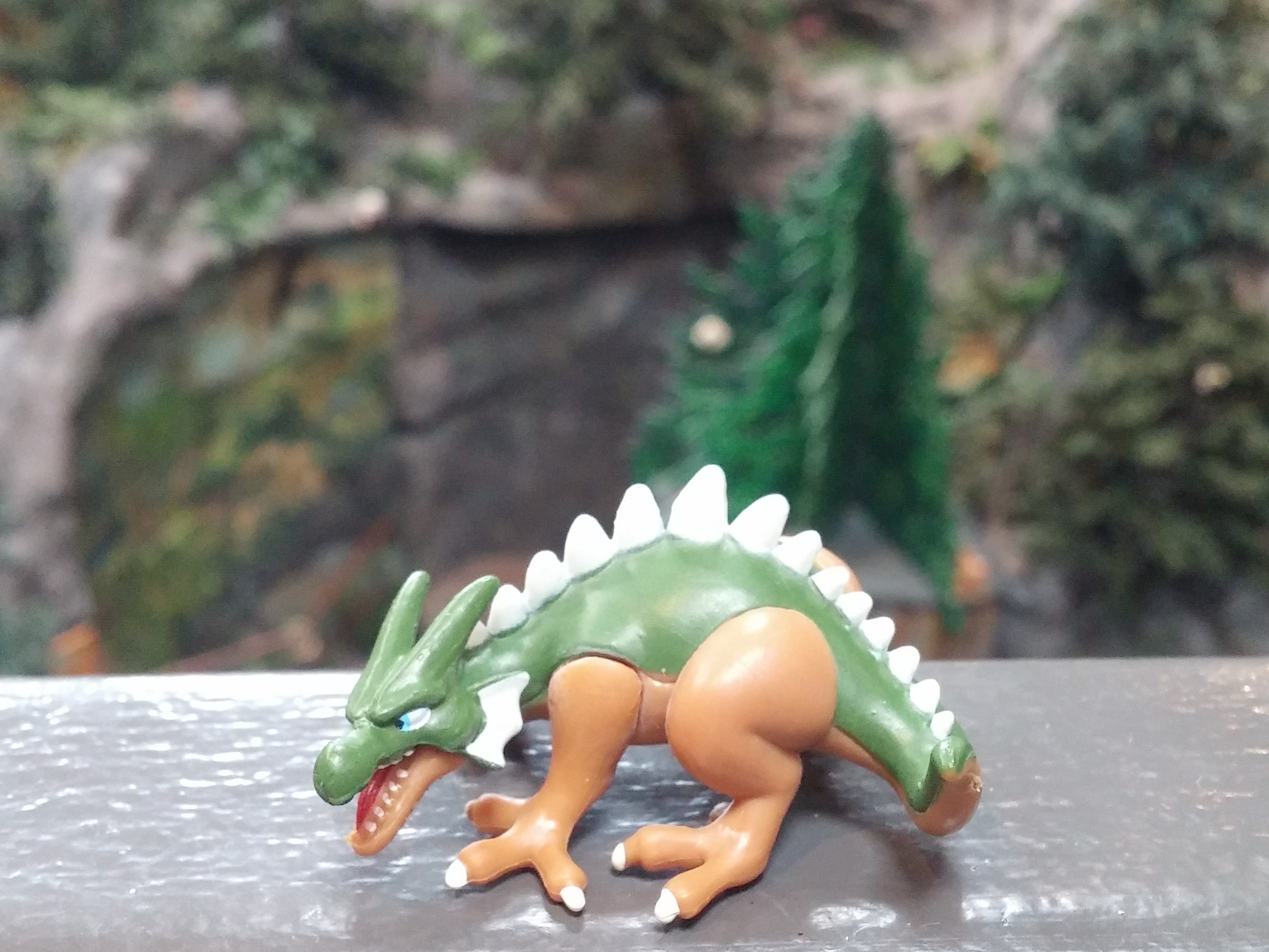 After that, I played another indie game called Adventure Delivery Service. I had a lot of fun with it even if it was difficult. It’s a procedurally generated roguelike adventure. It reminded me of the first Zelda except for in a modern environment. Very cool idea, I thought. I talked to the developer, Miller. We talked for a bit about the game and our jobs. He told me that I should go to the Seattle Indies meetup on Tuesday.
It’s clear to me that in order to be successful, I need to be around these people because they are role models. They are fulfilling the same dream I have. Modeling after them will help me learn what can be done to be successful so I can implement it and teach others the path. Therefore, going to a Seattle Indies event is a must for me this week.
I’m very grateful to have the opportunity to find this Seattle Retro Gaming Expo. Several factors led me to this including my desire to go out of my comfort zone and my curiosity. The big moral of the day that I found was to embrace my curiosity. It’s an amazing tool to get me closer to the things that I enjoy doing.
There were also 3 engagements with strangers that I won’t count because I didn’t say enough sentences, but it’s still a success worth mentioning!

Conclusion
For next week, I need to step it up again. This week I realized a few things:

Thus the challenge for next week will take me further out of my comfort zone. My Result: Engage in one conversation of 3 or more sentences with a stranger each day for a week.
Purpose: